Black Panther hit theaters with the might of a superhero. People have been flocking to the theater and taking to social media in support of this amazing movie. Pictures of fans in costume, sold out theaters and fans renting out theaters to help more fans see Black Panther are just some examples the influence that this movie already has.

However Black Panther is not the first superhero movie to feature a hero who is a person of color. There has been a long road to get us to this point and it is important to pay homage to some of those movies as well.

1993’s Meteor Man is the first superhero movie to feature a primarily non-white cast. When a mild-mannered teacher gains superpowers, he tries to rid his neighborhood of gang activity. This movie did not do well at the box office, but it still broke ground for more movies to come. 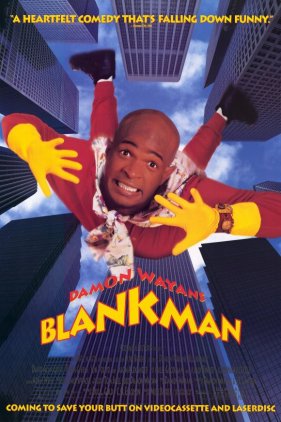 Not every superhero movie is going to be serious. Like most slapstick versions of this genre, Blankman did not do well in theaters but is considered more of a cult classic. This Wayans’ brothers movie featured a socially inept repairman who doesn’t gain superpowers but, instead, uses his brains to make his own gadgets. Maybe Blankman can teach us that we don’t need Batman’s money but instead just need some know-how to become our own heroes.

Spawn came out in the summer of 1997 to modest box office success. One of the problems with Spawn is that even though it’s lead is a person of color, many of the other characters that could have been from the original comic were not. Still, it showed that a serious superhero movie could feature a non-white hero and still have a meter of success.

Blade is probably one of the most successful film franchises in this article. The Blade Trilogy was a first for Marvel. It proved that a superhero movie could star a person of color and be a hit in the box office. Also, yay for vampires.

Another well known movie that has done a lot to help pave the way for movies like Black Panther is Hancock. Hancock came out in 2008 and was a huge hit at the box office. It is a dark take on the superhero genre that audiences loved.

These movies helped make it possible for Black Panther to be taking its rightful place in the superhero genre. I think that Black Panther will now be able to help inspire and make the way for even more movies like it.

Black Panther has proven many things with its opening week. A cast that is primarily made up of people of color can be successful in the superhero genre. Fans have been wanting this movie. They have wanted this representation of culture and power. They finally have a movie where they can see themselves and they are flocking to it. Fans are showing how this movie has inspired them to lift up others in their communities to be able to experience it.

Black Panther‘s smart writing is truly a gift to the superhero community. We have a hero who is just trying to figure out how to do what is best for his people while finding his footing in his new role. His younger sister is a respected princess who has found her place in STEM. There are multiple women of power in different roles throughout the kingdom. There are strong allies and enemies who have complex reasons for their actions throughout the movie. The visuals, music, costumes and culture are a thing of pure beauty for fans to witness.

Black Panther and aforementioned movies have great roles of importance in the movie industry. Here’s to many more amazing films to come!