Much Ado About Medocrity: The Drama Around Mass Effect 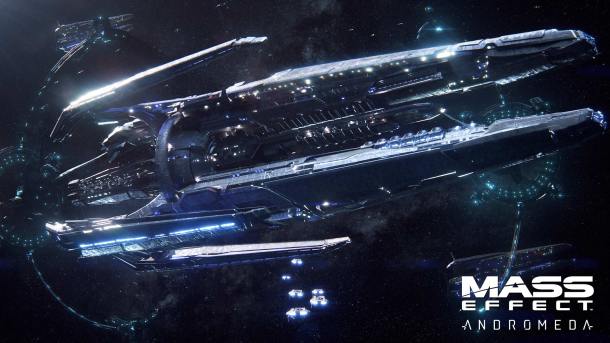 The Mass Effect series has been a highly regarded RPG franchise since 2007.  Even with the widely criticized ending of Mass Effect 3, the series is considered by most to be the pinnacle of story-telling RPGs.  In my opinion, it has been the game that’s kept Bioware on the map all these years when compared to other releases from the company.  It has spawned comics, film prospects, novels and more, and has over 14 million units sold before the release of the latest installment.

Now, ten years after the release of Mass Effect, Mass Effect: Andromeda is out and the reception is less than stellar.  On Metacritic, where reviewers and gamers rarely agree, the game has a critical score of about 77 out of 100 (as of this writing) and right about 4 out of 10 with gamers.  It’s being criticized for everything from bad animation, rehashing of dated mechanics, and poorly developed story.  A couple of reviewers whose opinion I trust give their initial reactions as a mediocre installment at best.

While much of the criticism is without a doubt justified, some few have gone beyond that.  You can’t really go on Twitter without seeing memes, gifs, and screencaps of the bad animations in the game.  That’s all normal for something like this.  What isn’t normal are the people going after one animator that doesn’t even seem to work for Bioware any longer.  Whether she was involved is a matter of debate, but targeting one person on a team for actual harassment isn’t acceptable at all.  Linking them here would be pointless, but if you look, you’ll find a couple of amateur trash bloggers out there with some pretty terrible pieces on the subject.

Then came the defenders to stir the pot and make it worse.  Articles coming out blaming whole swaths of gamers for the harassment, which is completely untrue.  Commentators and games media saying you should support the developer by buying the game and so on.  People defending the game out of pure righteous indignation because of the negative feedback.

All the drama boils down to this.  A lot of people dislike a mediocre game.  A few people have decided to be jerks about it.  A few other people have decided to defend it with large sums of money.  All of it over a game that doesn’t appear to be up to the standards of the franchise.  All this drama, over nothing really.  The worst part is, I can see this eventually becoming the next big marketing ploy.  Crank out a lackluster game, get some bad coverage, stage some harassment or drama, signal the defenders, cash the checks.  We all know publishers aren’t above some seriously low garbage to sell games and get good reviews.  This is well within the realm of possibility.

So, if we want better games, stop buying bad ones for stupid reasons.  Don’t harass developers because they didn’t do a good job on a game.  Stop letting the media blow things out of proportion or convince you to throw your money after bad ideas.  And for Gods’ sake, play some decent games.  I hear Neir Automata is good.

So, I have been waiting so impatiently for Dragon Age: Inquisition to be launched. I even blew through Dragon Age 2 in 3 days to prepare for it. I’ve loved the entire series. Origins is still one of my favorite games of all time. I can’t wait to play through them all again, in order!

I have to admit that I was vastly disappointed when I realized my saved games didn’t matter. I didn’t have to plow through DA2 in 3 days. I didn’t even have to play the game. Now, that doesn’t bother me (all in all, I appreciate a game that you can pick up and play, having never played the originals); however, I’m pretty pissed that it didn’t use my previous save files like its predecessors. Of course, there is one main reason I’m upset about that and I will get into that a bit later.

When I bought the game, I only had an Xbox 360. The 360 version appears to be the most glitchy version of the game out there. Please don’t get me wrong, I loved DA:I, but this game was frustrating as hell simply because of the glitches. Even after numerous patches, they didn’t stop. I fell through terrain several times; the textures would take up to a minute to load; and, sometimes, the whole environment wouldn’t load properly. Going through equipment, the faces of my companions would bug and they would look awful. If you accidently jump before speaking, you do this weird floating dance the whole chat. My favorite glitch requires you to have the subtitles turned on because the sound files will sound corrupted and, if you don’t have those subtitles on, you have just missed an entire conversation. I wish to holy hell those were the only problems, but that is just the tip of the iceberg. I’ve been playing video games since Nintendo came out and this is in the top five of the most glitched games I’ve ever played. It felt rushed, which is a shame because this would have been a polished masterpiece if it were shown the proper love it deserved.