Games to Get Excited About: November 2016

November is here with the usual flood of new releases. Here’s an in-depth look at one upcoming title we’re excited about and a rundown of notable releases in the coming month.

2016 is seeing the release of two games that have been in development for so long that you would be forgiven for assuming they would never actually come out. One is Final Fantasy XV, the much anticipated new entry in Square Enix’s cultural juggernaut of a series that was first announced as Final Fantasy Versus XIII all the way back in 2006. The other is… 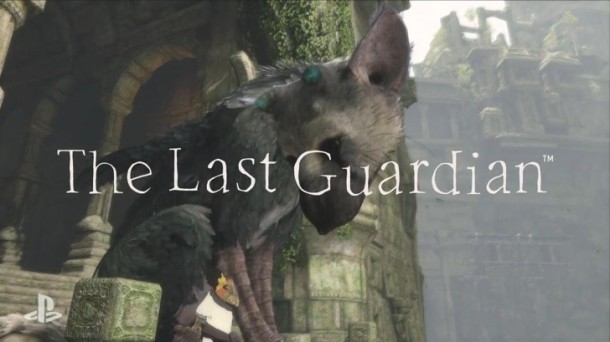 The Last Guardian has been a fixture on vaporware lists for years. The game was originally announced as a PS3 exclusive at E3 in 2009. Even at the time of its announcement it had already been in development for 2 years. The Last Guardian generated a lot of buzz because it was the next, and possibly final, game from Fumito Ueda. Ueda is best known for his previous two games, the cult classics Ico and Shadow of the Colossus. Both games are known for their minimalist presentation and stark, beautiful visuals.

The Last Guardian showed a young boy protagonist and a large fantastic creature that seemed like something between a bird, a cat, and a deer. The boy seems reminiscent of the protagonist of Ico and a focus on working with a companion to move through the game evokes that earlier title. The creature was incredibly detailed for the time and promised to push the graphical capabilities of the PS3. The original release window came and went and news of the game slowly dwindled to a trickle. Most of it was rumors and most of the rumors were bad.

Members of the team left to pursue other projects, Ueda himself stepped down to become a creative consultant, and the press began to speculate that Sony had quietly canned the project. Despite the rumors, Sony continued to insist that the game was being developed and that it would be worth the wait. Still, with each year that passed with no news, a release for the troubled title seemed less and less likely. Had it been too ambitious? Was the detailed model and complex behavior for the creature too much of a technical hurdle to overcome? Even if it was possible, could the aging PS3 hardware handle a game that lived up to the original vision?

In 2015, Sony brought The Last Guardian back to E3 and announced that it would be released in the 4th quarter of 2016. It joined other long awaited announcements such as Shenmue 3 and the Final Fantasy VII remake. As we approach the game’s release date, details remain scarce but there is no denying that the game looks striking and very much in the spirit of its forbears.

The game still seems to be an adventure game that keeps the austere and crumbling environments of Ico and Shadow of the Colossus. The protagonist must work together with the creature that the development team has tried to model realistic animal behavior for. This means that players should be able to entice it with food, sooth it when it is frightened, and care for it when it is hurt. The central goal of the game is to forge an emotional attachment to the creature.

Skepticism is warranted for any project with a history as long and troubled as The Last Guardian. The questions that plagued it throughout its development remain relevant even as the game nears release. With that said, I have been waiting for this game for eight years and I love Ueda’s previous work. I am glad that the wait is nearly over. The Last Guardian is currently scheduled to release December 6, 2016 in North America, exclusively for the PS4.

Infinite Warfare is certainly shaping up to be one of the most contentious entries in Activision’s Call of Duty series. The title doubles down on the sci-fi themes the series has been trending towards and introduces space ships, dog fighting, and battles in zer0-G. Some fans of the series are disappointed at the direction taken by these once fairly realistic games while others are excited by the change of pace. Activision has also stirred up controversy by packing in a remaster of the first Modern Warfare game that will only be available to gamers who purchase the new title. Love it or hate it, CoD is likely to be another huge sales success this holiday season.

The first Watch Dogs rode a wave of hype and excitement to a resounding “meh” on release. What had promised to be a freewheeling open world title with strange and interesting hacking abilities that affected your environment ended up being another also-ran Grand Theft Auto clone with a humorless plot and an unlikable main character. The developers have decided to take another crack at the concept, moving the action to the more colorful and interesting San Francisco and introducing a new main character that promises to at least have something like a personality. We’ll be waiting for reviews to see if the second time is the charm for this one.

Pokemon is back! You probably didn’t need me to tell you that. The first and by far the largest monster fighting and collecting game returns for its seventh generation with Pokemon Sun and Pokemon Moon. This time the games are set in the tropical Alola region and Game Freak has cooked up another batch of weird and wonderful creatures to go catch. If you want a taste before the game releases, there is currently a demo available on the Nintendo e-Shop.

Here it is, the other game that seemed like it might just never come out. Final Fantasy XV has gone through a lot of changes in the decade since it was announced. Much like The Last Guardian rumors have followed its troubled development almost from the start. There have been two demos available for the game, and if those are any indication the game feels like a fusion of things that feel undeniably connected to the series’ roots with other elements that can seem almost jarringly out of place. Soon we’ll be able to see if Square Enix managed to pull it off. Here’s hoping it won’t be another decade until the next one.