One of the biggest reasons why so many people like playing retro games is the price. They are more than just affordable and they come in a wide range of choices. But there is a different side of the same story. There are retro games which are more than just expensive and which ones can cost a real fortune. Furthermore, they are extremely difficult to find.

This game is the most expensive retro game in the world. It was developed and released for Atari 2600 and the gameplay is based on an alien invasion. You will have to defend the city from the aliens. There are only 12 copies of the game ever released and one cartridge will cost you $3.000. However, a plastic copy of the game will cost you $33.000. The game was released by Men A Vision, and this was the only game they have released. This also adds the value.

The Nintendo World Championships 1990 is rare. As a matter of fact, there are only 25 copies of the game. It features specially adapted versions of the Mario, Rad Racer and etc. which were developed to look like championship-based games in the United States. The imaginable tournament was believed to be played in 29 cities in the United States. The price for this game starts at $20.000. 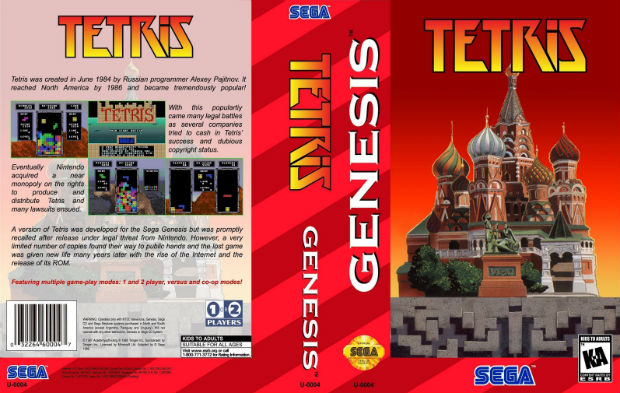 Tetris – Sega Genesis/Megadrive is the game to look for if you want to own something special. There are only 5-6 copies of the game in question, due to an interesting reason. The game was developed by Sega, but back then Nintendo owned the license for Tetris, so this game never reached the market. It is known that only 5-6 copies are present in the world and their price starts at $16.000. Tetris – Sega Genesis/Megadrive original port, for example, was sold for $1 million.

The game was released during the NES period. But, it was released for rental only, meaning that it was impossible to purchase the game as an average gamer. As such, these games are rare and hard to find. A well-preserved copy will cost you around $1300. Keep in mind that the price refers to the sequel we have mentioned only.

This is one of rare religious games. It was developed for Atari 2600 and there are only 500 copies. The game is rare due to the fact it was sold as a part of religious books and content. The goal back then was to change the idea of gaming and make it more appealing for all people. It should also get the approval of the adults. In the game, you will be placed in the shoes of Moses and you must cross the Red Sea.

This is a sequel of a popular game back from the 80s. Most people will know that the sequel follows the same story as the original game, but there are a few differences. It was released at the end of the NES period and there are no a lot of people knowing about the existence. As such, this game is extremely rare and almost impossible to find. The price starts at $150 and will reach $600.

If You Own One You Are Lucky

As you were able to see, these games are truly special. They are extremely rare and they can cost more than a house. Still, believe all retro games are obsolete and useless? If you have one, you will think otherwise.

The good thing is that there are websites you can download them in form of ROM’s and use emulator to emulate the game. This will basically cost you zero and you will be able to have the same playing experience as actually owning the game.

Emily Lopes is a computer geek and daily gamer currently playing League of Legends. In her free time, she enjoys blogging and plans to have a copy-writing career.