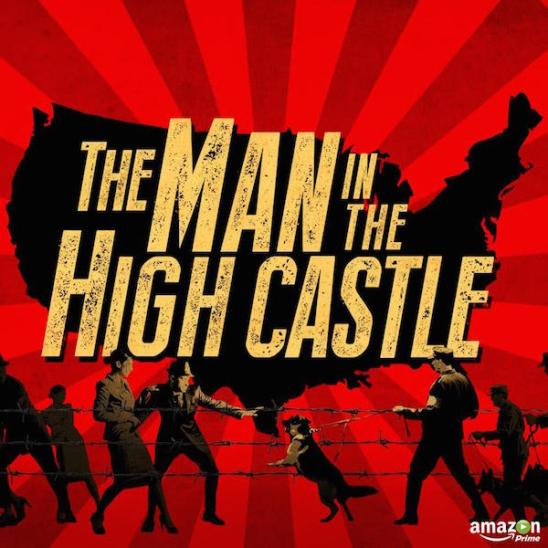 What would have happened if the Nazis would have bombed the White House before the United States could bombed Japan during World War Two? That is the base question for The Man in the High Castle.

The Man in the High Castle is an Amazon Prime television series based on the book by Philip K Dick. In the year 1962 the United States as we know it no longer exists. The pacific states are under the control of the Japanese Empire. The eastern states are under control of the Nazis. There is a strip of states in between that are called “The Neutral Zone” where no one has control and it is more like the lawless Wild West of old.

There are many players in this show and they all contribute to the direction that the story takes. The Man in the High Castle, is at its heart, a story about stories. Different people reacting to the situations they are put in and how those actions affect those around them. There are also alternate versions of the stories, but we are just beginning to find out about those on the show.

Julia Crain has accepted the Japanese influence in her life. She practices aikido, looks after her mother and lives with her boyfriend. She has a fairly normal life for someone who is considered a second class citizen in her own country. There are other forces at play around her though. There are plots within the Nazi party itself and Hitler’s health is failing. The relationship between the Nazis and the Japanese are on shaky ground with the threat of war. The Resistance has something that they are trying to keep safely hidden. These are films. Films which show a different world. The question is whether these films a solution or are they something that should be destroyed?

The storylines in The Man in the High Castle are amazing. They take us from multiple people in the Pacific States, to the idyllic looking states under control of the Reich to Germany itself. All of the people from different countries and vocations are spun around each other seamlessly. The show keeps you guessing as it is filled with switches and turns. The characters are masterfully written.

The settings are also key to The Man in the High Castle. As the viewer travels from set to set we get an inside look at the lives which we are to be so invested in. Costumes let us know the show takes place in the past but also the status of the characters. Music is also a reminder that the sometimes familiar surroundings of our characters that what we are seeing is not what it seems. Everything in The Man in the High Castle is very delerate.

I would highly recommend The Man in the High Castle. It is a great story about alternative history with a rich cast of characters.