It’s that time of the month again! (And I mean that in a good way!) Not only is it a new month, but a new year! Happy 2019! Here’s to hoping it’s better than last year! So far it’s off to a good start, there are great games releasing this month. Let’s chat about a few! 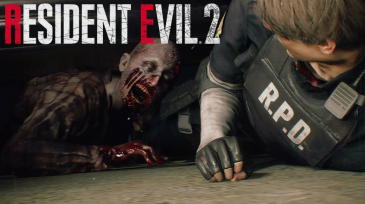 If you are an older gamer and like horror the chances are high that you’ve played a Resident Evil game or two in your life. Even if you haven’t, you may have seen some of the movies. Well, they have re-imagined Resident Evil 2 because it was released over 20 years ago and sold almost 5 million copies.  The game was bloody, scary, and had horrible graphics (not for the time, just for now). The new re-imagination looks amazing and you can watch the trailer here. They have what they are calling an immersive camera that is supposed to let you “feel” it when you get bitten, plus there is tons of detail put into Raccoon City. If you love Resident Evil as much as I do, this is a must get. Even if you’ve never played it or watched the movies, it should be on your list if you are a horror game buff!

I’ve personally never played a Tell Tale game, but I hear they are wonderful. Many people know they are having some issues with the company, but it seems they are bent on finishing what they started. Episode 3 is following Clementine and takes us 75% through the story for this season. Zombie games are one of my favorite things and the ones in The Walking Dead TV show are pretty fast, so if they are the same in this game you better make sure you have running shoes on! If you enjoy Tell Tale games or The Walking Dead in general this is probably a great game. 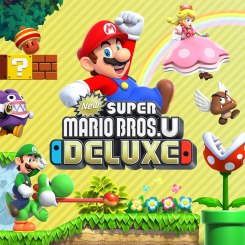 I grew up in the 90s and some of my favorite memories are of playing Super Mario Brothers, so while I don’t even own a Switch, I am super excited for this. This new game is a 2D Platformer that you can play solo or with up to 4 player. There are five different characters to choose from – Mario, Luigi, Toad, Toadette, and Nabbit. Now, if you are one of those people who thinks these games are too easy there are three extra challenge modes in this game to appease you! I don’t think you can ever go wrong with a Super Mario game, and I highly recommend you check it out!

Last.. But definitely NOT least…

This is the game I am most excited for (even though I can’t get it because I don’t have a console /cry). I have played Kingdom Hearts from the very start and found it fascinating. If you are a gamer and a lover of all things Disney and you haven’t played this.. GET IT! I highly recommend starting from the beginning, but rumor has it you won’t need to do that to follow this new story. We will go to magical worlds like the 100-Acre Wood, Pirates of the Caribbean, Frozen, Tangled, and even Monsters, Inc! It took YEARS for this game to come out because they wanted it to be amazing and I have very high hopes. The game play looks beautiful and the characters make you fall in love with them.

That’s all for this month, but there are plenty more games coming next month so stay tuned! And as always, ’til then, play what you love!