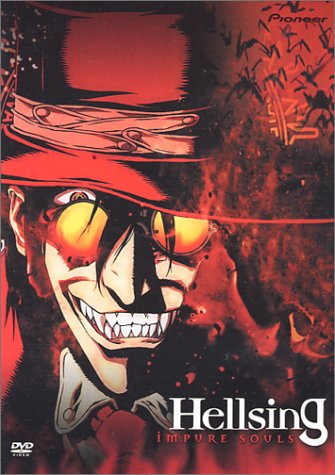 Vampires. There is a very real fascination with them. The idea of being immortal, powerful and supernatural is something that can be very appealing to many people.

Hellsing is an anime that premiered in 2001. Created first by Kohta Hirano as a manga it was then developed as an anime. In Britain there is a special task force with a very interesting mission. Hellsing, the official name for the task force, is led by the descent of famed vampire hunter Van Hellsing.  It’s primary aim is to protect England from vampires, ghouls and over supernatural creatures which are threatening it’s civilians. This is no easy task, even for such elite soldiers. Thankfully Sir Integra has a few tricks, including one very surprising one.

There is one vampire that England can trust. He has sworn to work with the Hellsing family and therefore to take care of those who it protects. This gives Hellsing one big advantage to go with their guns against the forces of the supernatural. Will it be enough though? Are their enemies too strong? Is one vampire enough to help turn the tide and keep England safe? 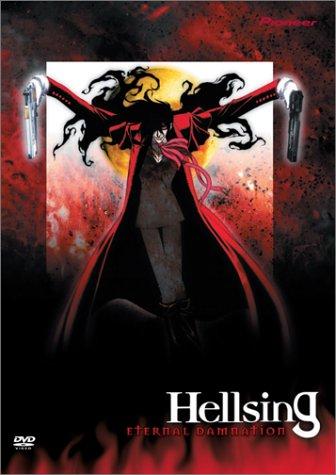 The character designs are really what shine in the original anime. The costume designs are very interesting and unique to each character. While some are extremely impractical, if you have seen the show you know EXACTLY which one I am talking about, the overall feel of the show is aided by the costumes. The colors that the animators use are perfect. The settings are so well done in this anime. Between the aster setting of Integra’s office to the dark and gritty settings everywhere else the animation is critical to telling the story. The soundtrack is also well done.

Hellsing is an interesting anime. The concept is a particularly fun one. I enjoy a lot of the characters. I know there are many who are fans of the manga first who dislike the changes made to the original anime. Because of this there was a remake called Hellsing Ultimate. This follows the plot of the original story more closely.

So if you like vampires and anime I would suggest giving Hellsing a try.