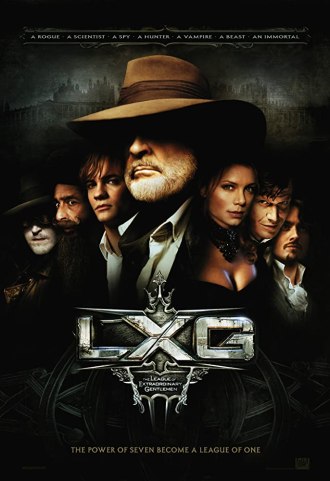 Everyone loves a story about a seemingly mismatched team that is forced to come together to save the world. How will the group  work together? Will they even be able to save the day or will their differences be too much?

In the summer of 2003 movie audiences took to the theaters to see  The League of Extraordinary Gentlemen . The story is loosely based off of the comic series of the same name and directed by Stephen Norrington. The film follows the story of notorious adventurer, Allen Quartermain, as he is called out of retirement by order of the Queen to lead a group of supposedly extraordinary individuals. Without a lot of information Allen returns to England and is met with a quest to finish assembling the team and stop a terrorist from starting a war.

However what is he to do with a team is full of persons with supernatural abilities. Some of whom are harder to control and trust then others. How are they going to stop this global threat when they are so unsure of each other? Some members of the team are also struggling with their pasts and how to move forward for the greater good.

It is a shame to me that people dislike this movie so much. I can understand that purists of the comic would be disappointed by some of the gritter parts being taken out. In my opinion, the story would have been amazing as a short series and I think viewers would have been more content with that. Instead, the story can seem rushed at points. There is also an argument that by taking away some of the grit, the characters have lost something from the comic book. I, personally, disagree with this sentiment as I feel that instead we have more well rounded characters in the film.

There are other redeeming aspects of the film. The story is interesting and shows multiple characters evolving and taking charge of their own narrative. This is a feat for an ensemble cast of talented actors. The effects and the sets are a treat to watch, particularly if you remember that this was in 2003. The costumes are gorgeous and serve their purpose to help us understand the character. The soundtrack is fun. The overall story is full of twists to keep the audience guessing.

The characters really are what keep me coming back to this film. The dynamic between them all is just so interesting. How their abilities are woven into the story and then aids in the movement of the story is well done. The ending is left open to the possibility for a second movie which would have had such a neat start to a story. I really wish it could have been explored. This is a film that I always go back to and that always makes me happy.

I admit that I do have a nostalgic feelings about The League of Extraordinary Gentlemen.  That being said, I would like to reiterate that this is a film that I love on it’s own for both it’s storytelling and action. I love how they did the supernatural effects and handled the mythos. If you are looking for a fun film to try I would highly recommend The League of the Extraordinary Gentleman. 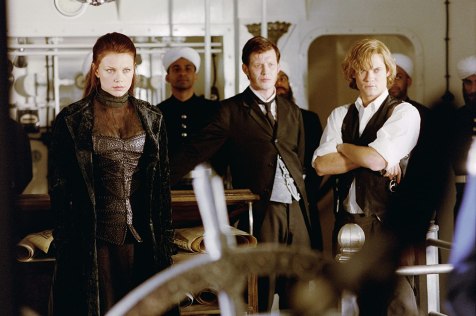 One thought on “The League of Extraordinary Gentlemen: A Review”