We spoke with Dustin from Ghost Crab Games, who we met at Too Many Games, about their upcoming game Hastilude. Here’s that they had to say:
Q1: Tell us about your game.
A1: Hastilude is a competitive & co-op sci-fi fantasy game where you battle rival knights atop flying mounts, attempting to knock them off and swoop in for the score. Each knight has unique movements, attacks, and abilities, working inside a combat system that’s easy to learn but tricky to master. There are several arenas from which to choose (and more on the way), both in classic arcade wrapscreen style and a dynamic camera style. The visuals are bright and colorful, featuring high-resolution artwork and hand-drawn character animation mixed with special effects. We’re still working on all the features (campaign mode, a player tutorial, team battle, etc.), adding new arenas, and creating new characters while getting the game into players’ hands for feedback with the free Alpha version.
View the trailer here:
Q2: What was your inspiration to create the game?
A2: Chris and I were at the Barcade in Philadelphia in 2014 and played a bit of Joust on one of their machines. We realized that among all the retro game updates that had been released, we couldn’t think of anyone who had done a modern take on one of our classic arcade favorites. Hastilude began very similar to Joust, but as we added items, unmounted combat, and more modern features, it started to become something more. Indie local co-op games gained in popularity during 2013, so after getting some good feedback at Dev Night and the Philly Game Forge we had the confidence to move the project forward. We got the idea for game mods and match badges from one of my first local co-op games, Worms, on the PS1. We love the fighting game genre as well, and have worked in a number of things from that branch of gaming like the Super Meter and characters with unique move-sets and storylines. 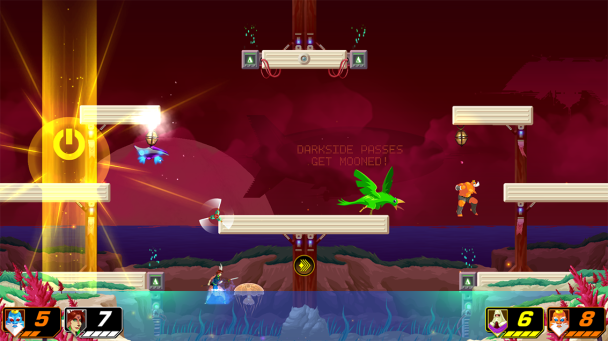 Q3: When should we expect to see it?
A3: Hastilude will release in 2017. We’ve gotten great feedback at shows like MAGFest, Too Many Games, South Jersey Geekfest, The Boston FIG, Arcade @ Dilworth (Philly Tech Week), and Gamescape, and we’re aiming to do a lot more! We’re hoping the Alpha version gets us some valuable feedback from people who have chance to play the game outside a show environment. The things most people want to see the most are typically things on which we’re already working — more characters, arenas, and game modes. Our next showing will be at Super Smash Con on August 11–14, 2016 at the Dulles Expo Center in Virginia. Come by and play! 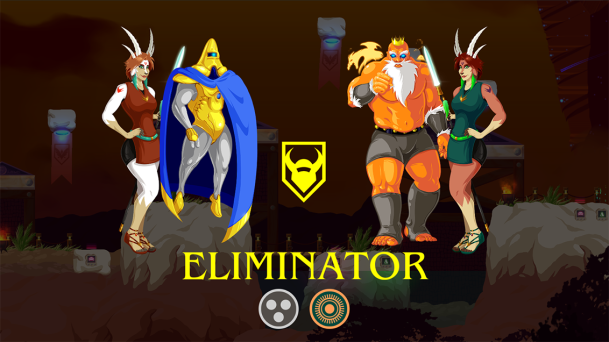 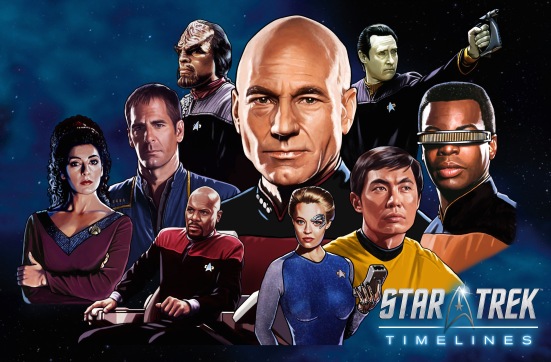 The free-to-play strategy mobile game, Star Trek Timelines, centers around the idea that a strange anomaly has caused different timelines and realities of Star Trek to merge together, obviously causing conflicts that the player must resolve while they explore the galaxy. 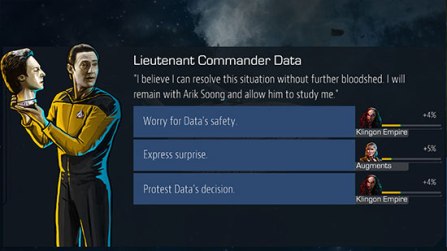 The player resolves these conflicts by constructing an away team with the relevant skills and traits to solve the problem in different ways. You can choose characters that will try to resolve conflict diplomatically or you can choose characters that use weapons to gain control over a situation. The game is full of choices which align you towards different characters and groups as you agree or disagree with them. The player gets to level up these characters as they complete missions and collect new crew members with different specialties as the game goes on. The game is made up of these away missions, space battles, and faction missions. All in all, there is a lot of game play to be had in Star Trek Timelines.

Star Trek Timelines is visually impressive with beautiful cutscenes and an interactive, colorful, and detailed galaxy map. One of the most immediate things I remarked on the game was just how well produced it was. Every time I enter the game, I’m greeted by the treat that is John de Lancie’s voice acting as the character Q. There is so much polish on the production and interface of the game that it is understandable why I keep hearing about it.

I do feel however that though the game is well produced in many areas that the mechanics are not as rewarding as the external aspects of the game. And though the game can be a lot of fun, there are some downsides. END_OF_DOCUMENT_TOKEN_TO_BE_REPLACED