Top 10: Video Game Soundtracks to Get You Through the Work Day

Greetings! Rinshi here. I haven’t written an article in a looooong time, huh? Well, part of that has to do with the fact that I’ve started working full time in an office. I know, I know: “But Rinshi! You can’t become just another boring office drone, forced into a routine of soul-crushing drudgery!” Fear not, gentle readers, for I have no intention of going quietly into that good night. My geek flag is flying higher than ever. The background on my dual monitors is of a super star destroyer and accompanying tie fighters. Jamison “Junkrat” Fawkes (my dear trash husbando) watches over me from his framed print on my desk, as do figures of Beetlejuice, David Lo Pan, and The Riddler. Once a week I play Dungeons and Dragons with coworkers over lunch. Even in the office, my nerd soul is sustained. I know there are many others who are not so lucky.

The work itself is not terribly exciting, being only somewhat more interesting than pure data entry, and so to help me get through the day’s tasks I like to pop in my earbuds and stream music from good ol’ YouTube. I soon found that soundtracks from video games were a wonderful resource, being intended already to serve in the background while you focus on more important things. Thus, I present to you ten of these gems so that you too can take advantage of them should you also have to pass your Mondays through Fridays, 9-5, in a desk chair staring at one or more computer screens. Lose yourself in the soothing sounds of adventure, beauty, wonder, and even a bit of excitement from the worlds contained within our incredible hobby. I found it wasn’t terribly fair to give them specific rankings, as there really is no single “best” and it is better to take them all as a whole to be enjoyed and rotated through throughout the day, so they are presented in no particular order.

END_OF_DOCUMENT_TOKEN_TO_BE_REPLACED

This Month in Gaming History November

November is an odd month. For some people it is a month of abundance. Of food and fun times with family. For some the prospect of family get togethers are not an option or worse. Wherever you land on that spectrum, here are some games to discuss or play this month.

In 1972 Atari released the first commercial video game. Pong revolutionized video games. It was like playing table tennis in an arcade. The player uses the buttons to keep the ball moving back and forth to score points.

Alien Carnage was released worldwide in 1993 for DOS. It is a cartoon style game. The player is trying to stop aliens from taking over the planet. The player uses various weapons, including a flamethrower, which the player can purchase. The player is also able to free hostages along the way. 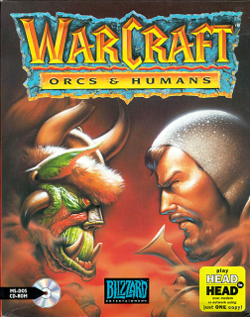 This one lead to the game that has become a favorite for some of the staff here at Real Women of Gaming. Warcraft was released by Blizzard Entertainment in 1994. The first game was a real time strategy game where players would control their army. Warcraft has inspired multiple games, books, trading cards and a whole horde (haha, get it?) of other merchandise.

Baldur’s Gate was released in 1998. It is a role playing game set in the Forgotten Realms. That’s right Dungeons and Dragons. Baldur’s Gate was very well received with gamers. It is even credited with helping to revitalize computer role playing due to its popularity. It has also had many expansions for players to choose from.

In 2011, The Elder Scrolls V: Skyrim  was released. Not surprisingly with this series, Skyrim was hugely popular. It sold in the millions. It is a game with a playable character who is trying to destroy a dragon who is prophesied to destroy the world. The character improves their skills by completing quests to get to their ultimate goal.

Whew. There were a lot of big names released in Novembers past. Hopefully I gave you some dinner conversation. Even better, I have given you something to play this month.

In the spirit of gratitude, I would just like to thank you, my friends and readers. Thank you for all the views you have given us. Thanks for sticking with me this year while I found great games for us to remember. Thanks for just being amazing. I, and the rest of the staff, are just so grateful for all of you.

Games to Get Excited About: Horizon: Zero Dawn

Horizon: Zero Dawn is an action RPG set to be released for PlayStation later this year. Not only is it the first RPG created by Guerrilla Games, this game will also be their first new release since the Killzone series started in 2004.

Set 1,000 years in the future, Horizon: Zero Dawn takes place on Earth, which humans have since abandoned. Overrun with robots, only a few humans remain.

The player takes control of a character named Aloy. Aloy is a hunter and an archer, who utilizes both ranged and melee attacks (my favorite!). While I still do not know what the overall goal is, Aloy travels through her Earth, completing missions while fighting all sorts of mechanized creatures along the way.

The production of Horizon: Zero Dawn began in 2011. The studio brought in John Gonzalez, who was the head writer for Fallout: New Vegas, to create the story for the game. The concept explores the conflict between the beauty and danger of the world around Aloy. The game also analyzes the idea of humans no longer holding their place at the top of the food chain.

It is an open world game and has been said to be a cross between Assassin’s Creed and Skyrim. When not completing missions, the world can be explored to your heart’s content. In order to encourage explanation, there will be a quest system as well as materials throughout the world that players can use to craft new items.

The fighting style varies by player. You can shoot your enemies with arrows or engage in melee combat, as I’ve mentioned above, but you can also set traps and use explosives to get the job done. For the rogue-loving players, you’ll even be able to perform silent take downs. How cool is that? 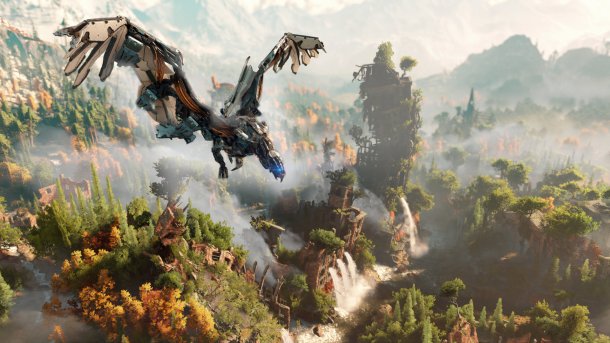 The elements that I find most appealing about this game are that the main character is a badass female, the world looks absolutely gorgeous, there won’t be loading screens and the gameplay looks smooth and challenging. I only wish there was a more set release date than “sometime this year.”

What upcoming games are you excited about? Let us know in the comments below!