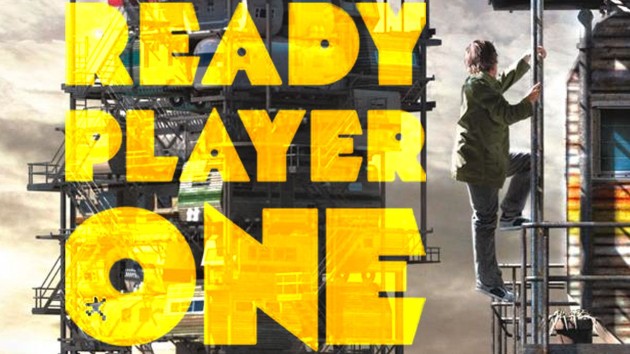 Ready Player One is the highly anticipated movie based on the book of the same title by Ernest Cline. It is a love letter by Cline to many aspects of nerd culture. By creating a futuristic world of destitution where the only prospect of bettering yourself is through a virtual world Cline is able to incorporate many of his favorite things.

Cline’s world takes place in the year 2045. The real world is low on natural resources and space. People live in cramped trailers stacked on top of each other. There aren’t many jobs available forcing most people use the online world, The OASIS, to acquire any kind of currency. Upon his death one of the creators and the owner of The OASIS, James Halliday, declared a contest to see who would become his successor. A series of three “Easter Eggs” have been hidden in The OASIS for those who can find and win them. The winner of all three will gain control of The OASIS and all of Halliday’s assets. People called “gunters” search for the eggs. Some through the corporate sponsorship of IOI, others in clans and a few search independently.

One of those few is a teenage boy named Wade Watts. He has nothing. Well nothing other than a love of games, everything from the 1980s and an obsession with finding Halliday’s clues. Using the gamertag of “Parzival” Wade emersess himself in all things Halliday and plays his way through The OASIS.

The movie did differ from the book. I do not want to go into too much detail and spoil the movie. What I will say is that I liked most of the changes. In fact, it is one of the few circumstances where I preferred the movie to the book.

I really enjoyed the movie. I loved the pace, which was much faster than the book. The graphics were amazing. Ready Player One is such a joy to watch. The transitions from the gritty life of the real world to the vibrance of The OASIS alone make the movie worthwhile.

The soundtrack was full of fun tracks that fit the storyline. I felt other members of the audience around me moving to the music.

I would highly recommend going to see Ready Player One. If you haven’t read the book you will still enjoy the movie. The book version has so much more of the lore if you want a more indepth look at the world that Cline wrote.

One thought on “Review: Ready Player One”