Halloween is near and with it comes the itch. The Horror movie draw. It’s a sickness really… It’s time to grab a big bowl of popcorn, a comfy blanket, and watch people be mercilessly murdered… or psychologically assaulted… (See, it is a sickness) Horror movies take on many forms, from the slasher flick to the psycho thriller. Many movies that are, in fact, Horror movies are not even billed as such, and even then there is such a saturation of absolutely hopeless movies that claim to be Horror. The following is a list of potential stories you may not have seen (or heard of) that can scratch that Serial Killer, Ghost Haunting, and blood-curdling-scream itch. Enjoy!

(But First! A note on this process and what to expect: Please take the time to do some research before watching any of these movies. Horror movies are not afraid to challenge your fears and paranoia. They often include intensely horrific scenes which may include rape, dismemberment, and anything you could possibly imagine that is, or was, horrific. Keep that in mind when choosing a movie to watch.

Each movie listed are movies that I have seen and can personally vouch for. This list is my own. If there is a movie you think should be included or a personal favorite please leave a comment below and tell us about. I look forward to adding a few titles to my watch list.)

Psychopath vs. Pedophile. Ellen Page plays Hayley, an underage woman who meets a man whom she suspects is a Pedophile and… Well. You should see this movie. It’s disturbing on many levels, well acted, and tends to strike the right nerve at the right moment making you more and more uncomfortable as the movie progresses.

A “Found Footage Mockumentary” about college students finding Trolls in the Norwegian Wilderness. It’s also a great way to get a crash course in Norwegian folk-lore as the movie pays homage to those roots. It’s often funny, but still manages to be vicious and scary as hell.

Western… Horror… Kurt Russell’s facial hair… All reasons to watch this movie, but not the only ones. It’s sad just how poorly this movie did on it’s release. Undeserving, even. A Fantastic movie that fills a need I didn’t know I had. It’ll make you squirm and writhe in your seat as there are MANY intense scenes of graphic horror. 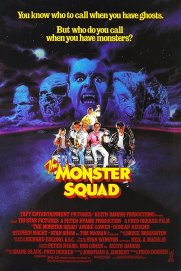 Not enough people have seen this Goonies-esque monster flick, in which a group of young boys strive to fight off a ravaging band of A-list monsters an answer an age old question: Does the Wolf-man indeed have nards? Easily quotable and lot fun.

The best Lovecraftian movie ever made… Even though it’s not billed as such. Strong elements of Insanity, excellent acting, and its Lovecraftian roots make this worth a look.

This 2008 horror flick, based on a story by Clive Barker, is less than perfect (wait until you hit the third act…); however, it’s well acted (Bradley Cooper, Vinnie Jones, ) and strikes a cord with viewers looking for that Psycho Thriller itch. I always thought Vinnie Jones seemed like he’d murder people on a Subway; though, I didn’t imagine it quite like this. This movie is graphic and horrific in unimaginable ways.

Though not a traditional horror movie (Listed as SciFi), Under The Skin provides a deeply disturbing and sensual experience. Scarlett Johansson plays an otherworldly being who’s constant lack of empathy is easily the most skin crawling element of an uncomfortable movie.

Bruce Campbell plays Old Elvis. Ossie Davis plays Old JFK. They fight a hillbilly Mummy sucking the souls out of old peoples anus’s. I shouldn’t have to say anything else.

What’s Horror without a little Romance? Between two 12 year old children… Wait a second, don’t leave! This movie follows the relationship between a bullied 12 year old boy and the vampire girl he befriends. It’s sweet, horrific, and heart wrenching… And Swedish. Hopefully you don’t mind subtitles. 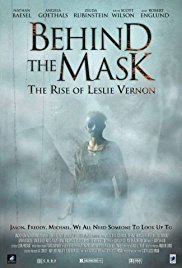 If you thought “What We Do In The Shadows” needed more gore then Behind The Mask may be the movie for you. This Horror Comedy follows the life of a would be Slasher who’s hired a film crew to chronicle his escapades. It’s funny, smart, and underappreciated. I have a few “comedies” on this list, but this one really stands out, separating itself from the others with just how smart it is, putting the likes of Scream to shame and taking my number one slot.

Hey all hope you enjoy these movies! I know I did, sort of… Leave a comment below letting us know what underappreciated or relatively unknown horror movie is your favorite!