Wonder Woman’s success at the box office is a sign that the portrayal of women in the media is improving. This film showed the world that female superhero films can be on par with any other blockbuster within the genre. And it’s not just in terms of revenue, but also on audience impact. Like Soliyra shared in a previous RWOG post, she was floored when she realized Diana is the same as her gamer persona – a long-time “tank” player who would rush into battle and absorb all the damage. It’s a far cry from a decade ago when women were stereotyped as either damsel in distress or nurturing lovers. 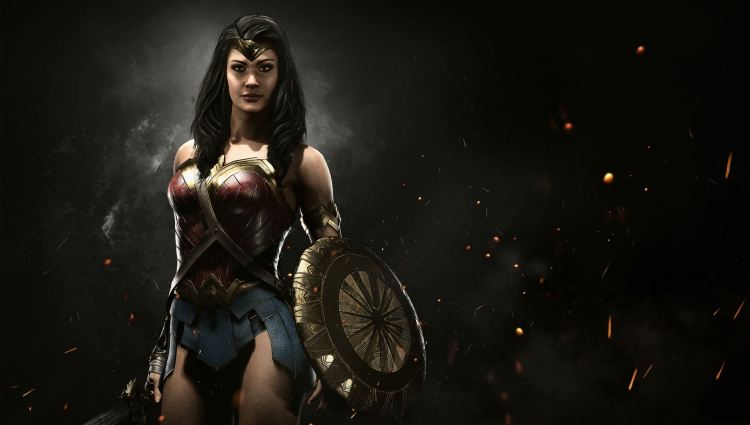 Usually, superhero movie releases are accompanied by big-budget video games featuring the same hero. Unfortunately, the gaming community is still waiting for a Wonder Woman-centered video game but fans can at least enjoy playing Diana Prince in other big titles like Injustice 2. There are also projects from non-AAA game developers who have been inspired by the character. For instance, the global player base of Slingo has access to a mobile-friendly Wonder Woman slot game that has borrowed elements from Lynda Carter’s version the character. All of this goes to show how the Amazon princess remains relevant even decades after her first appearance in comic books and TV.

But Patty Jenkins and the new Wonder Woman, Gal Gadot, are just two of the women who are making waves on the big screen today. Charlize Theron, for instance, showed that she still has what it takes to be an action star in the spy thriller Atomic Blonde. She played a top-level MI6 operative on the hunt for double-agents in this flick, so there were heavily stylized and well-choreographed fight scenes.

Theron has long been an advocate of women’s rights, and she’s vocal in her support for women in the industry. She’s actually friends with Jenkins due to their collaboration in Monster and the latter expressed on ComicBook how much she looks forward to working with Theron again.

On the other hand, Warner Bros.’ trailer for the upcoming Tomb Raider film shows Alicia Vikander portraying a different Lara Croft, in the sense that the character is not yet the badass explorer like Angelina Jolie’s version. It’s necessary so as to stay true to the ‘origin story’ angle. But still, Vikander’s Lara is fierce and willing to go beyond her limits.

The video game industry meanwhile, has already gone far in portraying strong female characters. We have Samus Aran (Metroid), and Max Caulfield (Life is Strange), to name a few. But like Wonder Woman, new female leads are generating a lot of buzz this year.

Guerrilla Games’ Horizon: Zero Dawn piqued many players’ interests back in 2015 when its first trailer featured the female protagonist, Aloy, battling a gigantic machine with a bow. CBR noted how the character played a big role in becoming a system seller. Since Horizon: Zero Dawn is a PlayStation 4 exclusive, it became a selling point for Sony. The decision to promote a female-led original game clearly worked because the game already sold 2.6 million units just two weeks following its release earlier this year. Some gamers even went as far as to buy the console just to play the action RPG title.

Blizzard’s popular online multiplayer game Overwatch also surprised fans when it announced that one of its characters, namely Tracer, is a lesbian. Tracer is a fan favorite, so it was a huge statement for Blizzard to present her as having an unorthodox sexuality. The move drew ire from some players, but the majority praised the studio’s initiative to diversify the world of gaming.

All things considered, onscreen female characters are now becoming more layered and varied. While there are still a lot of improvements to be made regarding our portrayal, it’s safe to say that the world openly welcomes this new generation of women in gaming and film.

About the Author: Alexa Henderson is a freelance writer and avid fan of RPGs. Her favorite game of all time is Squaresoft’s Chrono Cross.