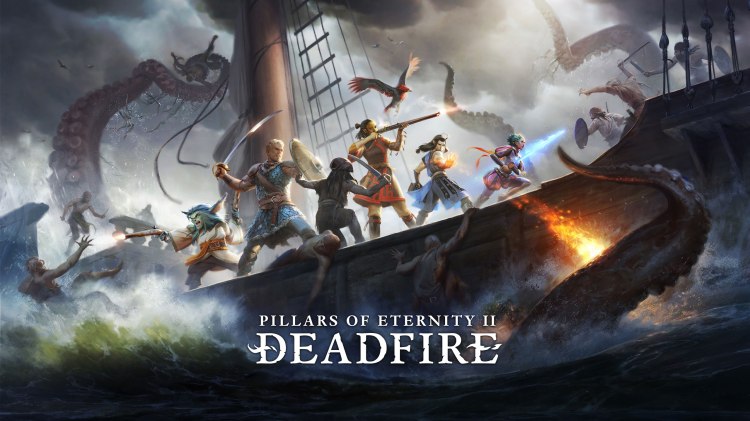 April is a short month for video game releases, but there are a couple of good titles in the mix, and a couple that I think people are going to be pretty excited about.  We also have some of the Nintendo Labo kits coming out, which aren’t games, but I’m sure there are some young gamers out there looking forward to these.

When the original Pillars of Eternity released, it was a great day for fans of classic RPGs like Baldur’s Gate and Icewind Dale.  Those games are remembered fondly for their style, scope, and scale.  They set the foundation for the RPGs we have today.  Newer RPGs may be prettier, and have more bells and whistles, but people still consider those old school games to be the best.  Pillars of Eternity was a true callback to those games that created so much of what’s used in RPGs today.

I haven’t played the original game yet, there’s just too many games and not enough time.  It is on my list to get around to and I’m glad to know that this type of RPG is still viable in the market.  These are the types of games I devoured in the mid 90s and I still love them.  This release just means I have more to look forward to when my schedule and budget allow.

I’m also excited because the developer, Obsidian, is basically made up of the people who gave us those classic RPGs we love.  They came from Interplay, which was part of Black Isle.  They helped bring us Baldur’s Gate, Icewind Dale, Neverwinter Nights, Knight of the Old Republic II and quite a few other great RPGs.  They know their stuff, so it’s no wonder the original Pillars turned out to be so well received.  They have also chosen the crowd funding path with this one, which will allow them the creative freedom to deliver the game they want.

Pillars of Eternity II is set to release for PC on the 3rd, and consoles later in the year.  The developer notes that they are addressing some criticism of the first game and making some changes that should make fans happy.  This will be set in a new part of the game’s world so that players will see new landscapes and people.  They also say that the player’s actions in the first game will have an impact on this one, so that makes me think there will be some sort of saved game transfer like we saw with those older games.

In the story for Deadfire, the player will chase down Eothas, the God that you faced down in the first one.  Eothas escaped and the player travels to Deadfire Archipelago to find out what’s going on.  It will feature the usual conversation complexity and companion interaction we’ve come to expect.  This one, however, also adds a seafaring element.  A customizable ship/base from which to launch your adventure and use as a headquarters.  Sounds like a lot of fun.

Other Notable Releases for April

Extinction – Coming early in the month is a game from Iron Galaxy that will pit players, as a human warrior defending humanity from an invasion of 150ft tall monsters called “Ogres”.

Yakuza 6: The Song of Life – The next installment of this action adventure series drops on the 17th for PS4.  The release will include other games in the package like Virtual Fighter 5 and Puyo Puyo.

God of War – Unofficially God of War 4; this game will take our hero to the frigid north to fight monsters of Norse legend along with his son Atreus.  It will hit PS4 on the 20th.

The Legend of Heroes: Trails of Cold Steel II – The second installment of this JRPG title comes out at the end of the month on PS4.  It was released for PC back in February.