Every group needs a war goddess. Someone who embodies skill, honor and heart. Or other such values that people hold dear. We nerds have such a goddess, her name is Ember Moon and she is currently battling her way through the WWE. Yes, a professional wrestler.

Some of you may not know her or much about the WWE. Those of you who do may not know that she is a proudly self proclaimed nerd. Also a proud gamer.

Ember was born in Texas. She started her love affair with wrestlingas a child, watching with her grandfather. She also grew up with a love of gaming. Ember especially loved Dungeons and Dragons. However that was a time before it was so acceptable to be a gamer. There were no Esports or livestreams. So Ember, like a lot of us, didn’t get to let her nerd flag fly. 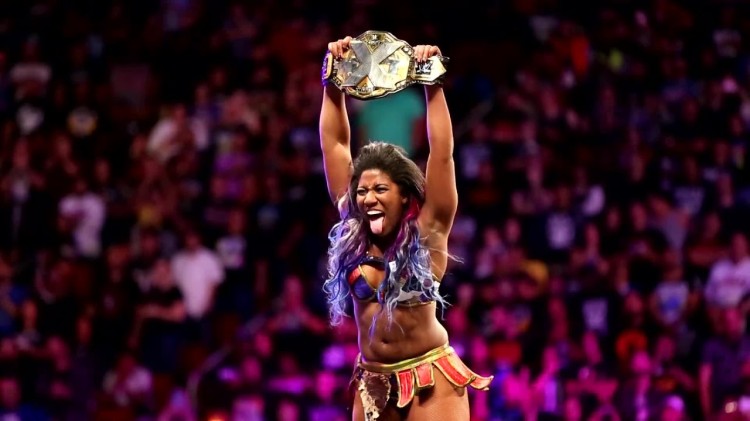 Ember started to train under Booker T in his wrestling academy. With a lot of hard work she was able to start her career. She began in the WWE’s developmental show called NXT 2016. Ember suffered injuries but still her star rose in the ring. By November of 2017 Ember became the NXT women’s champion. After Wrestlemania 34, the grandest stage of the WWE, she was “called up” to wrestle on their oldest running show Monday Night RAW.

Ember has also been gaming. She and other WWE superstars compete against each other on UPUPDOWNDOWN, a gaming channel created by Austin Creed, who wrestles under the name Xavier Woods. The channel is a great place to watch these superstars talk about gaming and other nerdy things that they love. For example we also found out that Ember also used to write fanfiction in an episode. There is also a new episode featuring Ember and other superstars playing Dungeons and Dragons. Ember also was recently in a celebrity SmashBros tournament where her team won second place.

Ember Moon is another gamer breaking down stereotypes. Whether she is flying off the top rope in the ring or gaming online she does it with heart.

You can watch Ember fly on Raw on USA on Monday nights.
You can also keep up with updates on her Twitter.