January can be a bleak time of year for some of us. Winter is here; New Year’s resolutions are not quite as fun as they seemed before January. Thankfully, we have games to help us get through the slump. Here are some games that have been released in January throughout the years.

A video game manufactured by Sega in 1976, Heavyweight Champ is arguably one of the first games to feature hand-to-hand combat. It’s a sparring game with boxing gloves for controls. The gloves would be moved up and down for different punches. There is also a remake of the game from 1987.

This poor game is known as one of the worst gaming systems of all time. Created in 1977, it has no color and no controllers. Also, it was released right before the Atari 2600, so it didn’t stand much of a chance.

One of my favorite games as a kid was Ms Pac-Man. They had one machine at the local pizza place and it was this lovely lady. While waiting for food my brother, cousin and I would fight to see who would dodge ghosts the best. It was originally released in 1982. After all the time I spent playing this, I can understand why it is such a beloved game in most of the research I did for this article.

In 1985, this fighting game came out. It gave you a cast of characters, with specialized fighting, to choose from. You would try to get bumped up to a different tier so you could go get the harder bad guys at the Temple. I would be so bold as to guess that this game influenced a lot of the fighting games that would come later and had a similar pattern. 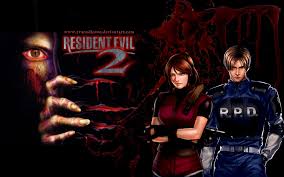 1998 was a good year for games. One of the games that has been highly touted was Resident Evil 2. This game takes place directly after the events of the first game. It focuses on puzzle solving and combat to fight off the infected.

In Dragon Warrior Monsters, you are a small boy named Terry and you have to rescue your sister from a world of monsters that she has been dragged into. This game was first released in North America in 2000. It is sort of like Pokemon, where you fight and train in tournaments and it was a pretty cool game to play on your Gameboy.