To give you the short and simple answer – Yes! I think competitive gaming should be considered a sport, but I do find eSports a better term for it.

By definition, a sport is “an activity involving physical exertion and skill in which an individual or team competes against another or others for entertainment.”

If you look at some of the bigger competitive games like League of Legends, CS: GO, Dota 2 and Hearthstone, they definitely fit in this category.

This is BLASPHEMY! You SIT ON YOUR BUTT All Day! – That’s Not Sports!

I definitely can see why some people get a huge reaction to this, and rightfully so. Colin Cowherd was one of those that had such a reaction, which was promptly defended by pro basketball player Gordon Hayward. Ex-Laker star Rick Fox has also spoken on this topic as well. 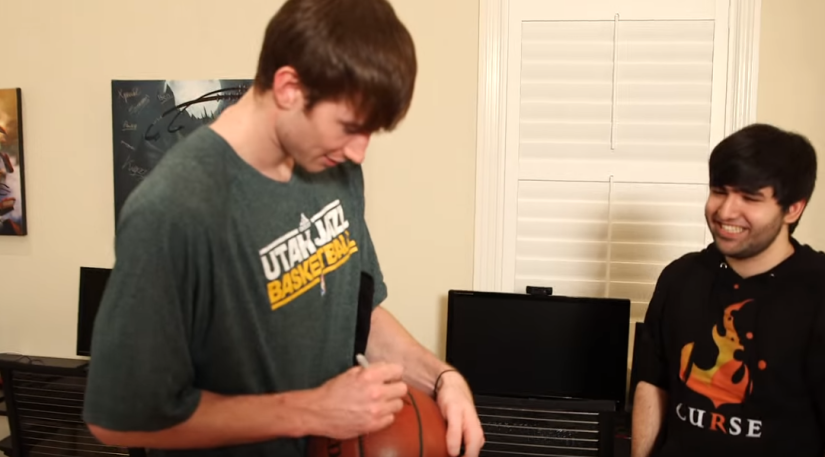 For some people, when hearing the word sports, they picture humans with strong athletic bodies and some form of physical contact. But when you put that with video games, it doesn’t seem to match up!

In other words, most do not identify with this and can’t seem to grasp the concept. I think the closest example I can use is Chess. Chess is also a sport that you “sit on your butt all day.”  What most didn’t account for is the mental aspect of the game itself. You have to think a few steps ahead of your opponent and outwit them. People watch chess games and love the strategies and mind games that comes along with it.

In competitive gaming such as CS: GO, fast reflexes and team coordination is very important. Proper execution of strategy is key to winning in these types of environments. Some people also enjoy watching it for the same reasons as chess.

The same goes for League of Legends. It is a game where you have to keep track of multiple things at any given time. You need to be aware of what the enemy team is doing and what you should be doing when a team battle happens. There is a lot of mental exertion on the brain to perform well in these situations.

Now video games don’t have the best reputation when it comes to the general public. Most view it as a way to pass time when you are bored.

I recently went back to my home country of Singapore, a country that is very big on the “Education first, everything else is second” mentality. I told some of my high school classmates about eSports and how it has grown into a career for some. They couldn’t believe what I was saying, but they were genuinely interested in what it has become.

To give you an idea, I was talking to about 4 doctors, 6 dentists and 2 businessmen. As you can already tell, they are very accomplished individuals. I just happened to be the odd ball that didn’t do the standard things that my parents wished I did. My parents are okay with me being a video game entrepreneur now, as they know I can pay the bills and support them.

Things Change and We Should Embrace It

Anytime something new or different shows up, we tend to be shocked and become resistant to change. But as time goes by, it becomes the norm.

When I was growing up, my favorite past time was to run around in parks and play with other kids outside. Nowadays, the typical entertainment is a computer and other electronic devices like the iPad. It even changes the way we communicate. Instead of a phone call, most teens are using text and cool apps like LINE and WhatsApp as their main form of communication.

The old me would say that things were so much better back then, but, the truth is, I am just looking back to nostalgia and can’t let go of it.

The world is constantly changing – whether good or bad, it evolves. It is up to the individual to also evolve and adapt to what it has become. The quicker one is able to embrace the changes for what it is, the happier he or she becomes.

That is the approach I have now for competitive gaming and all things in life. I also suggest you try this out. Thank me later!

I know this sounds outrageous and something so far out of reach. However, I do believe it will be accepted some day. Right now, competitive gaming is still not widely accepted. It will require time for it to become the norm.

With eSports growing fast, it will get there eventually. What are your thoughts on competitive gaming as a sport? Whether you agree with me or not, I would like to hear your opinions!

Author Bio – Kenny is the owner of Online Fanatic and is fond of writing various gaming topics during his spare time. You are welcome to drop by and say hello or talk about gaming and entertainment.

I am one geeky woman filled with the knowledge of role playing systems and video games long forgotten. Also known as, Your Vampire Goddess. (There is even a drink named after me) I am the Head Goddess of Real Women of Gaming. I play video games, trading card games, board games, role playing games/table top games. I don't even have an inner geek, I wear it loud and proud. I'm attached to several fandoms (Doctor Who; Sherlock; Supernatural; Harry Potter; Hunger Games; Firefly; Star Trek; Star Wars) And that doesn't include my anime obsessions (Deathnote; Ouran High school Host Club; Black Butler; Bleach; Inuyasha; Blood+) to name a few, how much I am into Cosplay, Renaissance festivals, Tinker Bell, Tattoos (I have several), Goth/Steampunk anything. You name it and I seriously obsess over it. View all posts by Crymson Pleasure