Ah, March. Spring is hopefully on the way. I always loved March when I was a child because we used to get small gifts for St. Patrick’s Day from my grandfather. Well, he told us the gifts were from creatures from Irish folklore, but that is a story for a different post. It does  make me think of some games that probably would have been pretty cool gifts.

Without further ado, here are some games that were released in March:

Let’s start off with a board game that was released in March of 1987 called Star Traders. It was for ages twelve and up. Two to four players recommended. This game sounds like it was really for science fiction fans. The board was decorated with 36 planets that you would have to use “jump lines” to get to. Players collected cargo and delivered on contracts to gain both money and prestige in the game. So you wanted to visit as many planets as possible to the actual payoff for contracts.

Bonus content for this month’s article is that the Nintendo 64 was released in March back in 1997 for Europe and Australia, months after it had been released in Japan and the US! This console is featured heavily in the memories of my childhood. The project for N64 was finalized in 1995 but the release date was pushed back to 1996.

In 1999, Gex 3: Deep Cover Gecko was released for PlayStation. This was the third and final installment of the brand. In the game, Gex is watching television when he is contacted by Agent Xtra telling him that she has been kidnapped in order to get to him. He then gets help from his friends, uses different vehicles and costumes to defeat his nemesis.

Devil May Cry 3: Dante’s Awakening was released by Capcon in 2005 for PlayStation. This game was actually a prequel, story-wise, to Devil May Cry and focuses largely on the relationship between Dante and his brother. The game was criticized for its difficulty level. It was also lauded for returning to the challenging game play of the first game in the series. It also added new fighting styles and there was a manga sold in Japan that had characters from the game. 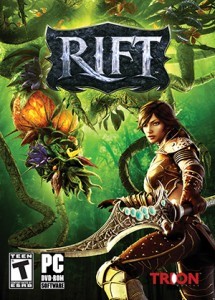 Rift was released in 2011. It was a free-to-play, multiplayer game. There were two competing factions, each having different races and classes in the game. I’ve seen a lot of complaints about this game, mostly just that it didn’t live up to the hype that players had been expecting.