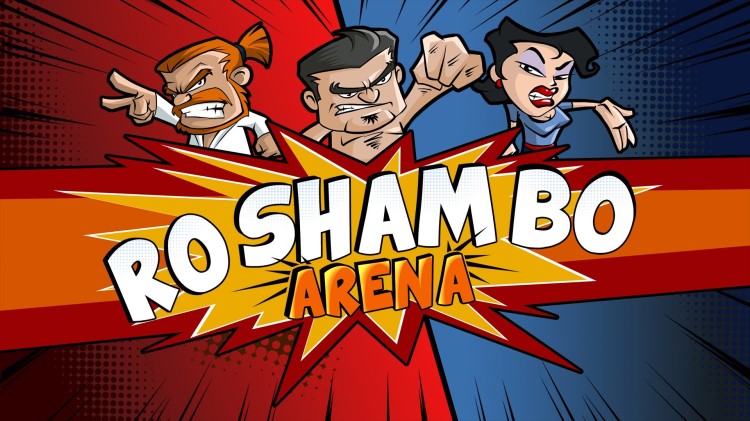 Roshambo Arena is a free-to-play, arena fighting game with a lot of awesome features. It is a basic striking game, based off the classic rock, paper, scissors. Released in July by Blam! Games, this is their 25th game creation since the company was founded in 2009. You can find their games on all platforms. One such game is A Gnome’s Home: The Great Crystal Crusade.

In this game, you start off choosing your character name and gender. You start in a tutorial to show you the basic concept of the game. Each round, you battle out boxing style, but instead of just boxing, you battle over classic rock, paper, scissors. The first person to KO their opponent wins the round. However, you also have perks that can allow you to have a more powerful attack, block and a ton more. Each round you earn teeth, which are used to buy stuff for your character, including clothing and helmets. You also earn XP for every win, which allows you to rank up your attack, health, and defense to make you the ultimate boxing champ.

In Roshambo Arena, you have the choice to play through the story or go online and try your rock, paper, scissor skills against the world. The online ranking system starts at bronze and you work your way up to gold. If you choose just to play the story, you rank your way up through the city to become the best.

Some other modes include tournaments where you can enter at a certain cost, battle through the tournament and win double the amount put in. Another mode I am personally looking forward to is groups, which is coming soon. This will allow you to party up with your friends to make the game a little more entertaining. Since it is a free-to-play game, you should have no issue getting your friends to download and join in once the mode is added.

Roshambo Arena can be downloaded through the Steam market, and is a super small download at 229MB. I believe that anyone of all ages can enjoy this game and is very quick to learn because the skill level isn’t high. For the little bit of time I have put into this game, I genuinely enjoyed it and I hope you do too!