Be sure to join Real Women of Gaming for their 4th annual Anti-bullying fundraiser, You’re Not Alone on July 21st. The event takes place from 10am-9pm at Uncanny Comics and More in the King of Prussia Mall. You can also catch the event at mixer.com/realwomenofgaming and twitch.tv/realwomenofgaming.

I was bullied my whole childhood. We never had a lot of money for me to have the latest things, though my parents tried very hard. I was overweight, which seems to be some kind of cardinal sin to kids. I also grew up very religious which I feel stunted some of my social skills. Despite going to Catholic school very quickly it was considered “not cool” to be as religious as I was. I also didn’t get to join a lot of clubs because I was helping as a caregiver at a young age for my mother, my younger brother and later my grandmother.

I had undiagnosed mental illness as well as learning disabilities. I could never seem to say the right thing. I was “stupid.” I was always “ugly.” I was the kid who got asked to play only to be made fun of or physically hurt. No one wanted to come to my parties except to make me feel bad which was really lame considering how hard my parents worked to have these birthday parties. I would be invited to birthday parties but it was well known that it was just because parents forced kids to do so. I was also bullied by some teachers. I hated school. I wanted to die.

I did have my family. The good thing about lots of cousins is that you have built in friends and we all loved playing games. My younger cousin Kelly was my only real friend till high school. We are still very close. I also was very close to my mom. She played a lot of games with all of us kids. The awesome nerd family made of friends that I met in high school helped me a lot and we have also always loved games. We still play a lot of games when we get together.

Gaming has also led me to meet some of the rest of my made family. Crymson and Vanri have told the story of how we met many times. In short she was friends with one of my best friends and she had invited us all to come play games on New Years Eve. I didn’t want to go. I was, honestly pretty terrified that this would turn into some other trick. Or I would say the wrong thing, like I always did and no one would like me.

Thankfully I did go. I became friends with Crymson and Vanri quickly and I am so glad that we clicked. Crymson invited me to join Real Women of Gaming and my social circle grew. I started playing Dungeons and Dragons with Oresan running a small group as the Dungeon Master. Soon we were playing with a slightly larger group on Mondays. Then I was lucky enough to become a part of The L.O.S.T. A Dungeons and Dragons Tale.

Dungeons and Dragons has given me so much more confidence then I had when I started. It has given me a way to problem solve within a group that I didn’t always have growing up. It stretches my creativity and has made me a better world builder. It has forced me to look at why I am making my characters the way I am. It has challenged me to go beyond my comfort zone when I play my characters.

Gaming gives me set scheduled interaction with others that, as a person who had such terrible experiences with people in the past, I value beyond worlds. It gives me challenges. It gives me a way to look at my own growth as a person and player. Gaming has given me friends who help me through difficult situations. They celebrate my vistories with me.

Gaming has given me some of my only fond memories of my childhood. It has given me more confidence. Gaming has given me friends and a way to connect with others. Gaming has helped me become the strong woman that I am. I am very grateful for the opportunities that I have been given by gaming to help me realize that I am so much more than what bullies tried to make me believe. I am worthwhile. I am funny. I am not stupid or worthless.

Gaming has helped me in so many ways to cope with the bullying that I experienced. 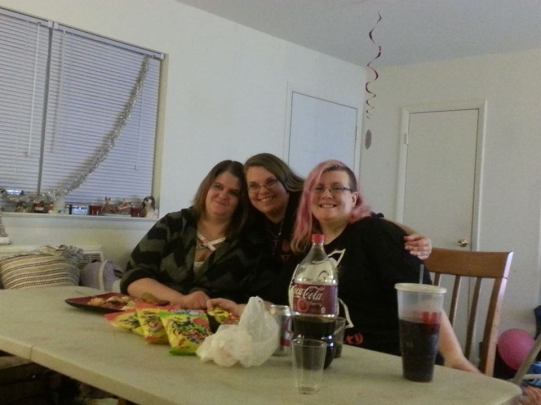