I love RPGs, gathering around a table and getting lost in fantasy with my friends. Sometimes though I just want a beer and pretzels type of game. Deal out the cards, lay out the tiles, and have fun. In no particular order (because I’m lazy) here are my favorite tabletop games: 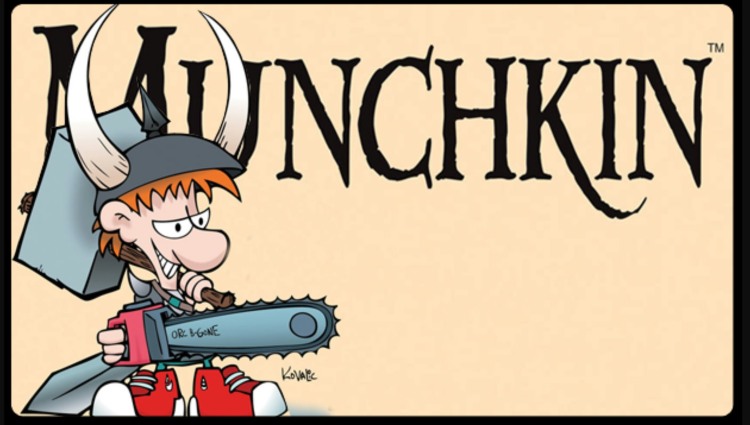 Munchkin – This card game is a simplified dungeon crawl with a stack of doors, and a stack of loot. Each person starts out as a 1st level human with no class, and that’s just the first joke of the game. The weapons are all tongue in cheek, the artwork comical, and the gameplay is fast and funny. The basic game is fantasy based, but there are any number of official sets for whatever your fandom might be. The best news is they can all work together making for some strange combinations.

Betrayal at House on the Hill – Betrayal was the first random map game I ever really got into. You and your friends play a group of (fools) entering a haunted house. The map is laid out randomly from the foyer as you explore and find omens that will eventually reveal that one of you is a traitor. Or not. The main game has 50 possible reveals, and they’ve recently released an expansion for it, Widow’s Walk.

Abduction – Now this random map game is a simple deck of cards with cardboard cutout minis. You have been abducted by aliens and have to be the first one to escape. The layout of the ship can be chaotic, and with certain cards played, it can actually change at the last second snatching defeat out of the jaws of victory. I call dibs on the cow mini.

Zombies!!! – I thought zombies were cool before they were cool, so when I saw this board game where you and your friends all played survivors trying to escape a town overrun with zombies. I was in. Starting with the center of town you deal out random tiles trying to find the helicopter pad and escape, or be the first to rack up a zombie kill count of 25. The game comes with 100 rubber zombies, so I also found it useful for the survival horror RPG I was running. There are several add-ons to date (8 I think) that make the map more complex adding a shopping mall, a military base, a college campus, a prison etc.

Zombies!!! 4 – The 3rd expansion for this game can really be called a stand-alone. Whereas the first game takes place in a city , this setting is a haunted forest accessible by a bridge out of the main city. The point here is to collect the pages of the Necronomicon and perform the ritual. This version also comes with 100 rubber zombie dogs to “hound” you throughout the forest.

Red Dragon Inn – Dungeon crawls are fun, but what happens after the quest when the party is loaded down with gold? They drink and gamble it away. This game, with its four stand-alones and several individual add-ons has you choosing a character and using their personal deck to out drink their fellows, or win all their gold. If you pass out or go broke, you’re out of the game. Each character has their own strength and weaknesses. If you choose to imbibe some adult beverages of your own, drink responsibly.

Epic PvP: Fantasy – This is a one on one deck battling game. Your race is chosen at random, as is your class making for some interesting combos. They’ve also come out with a companion game Epic PVP: Magic that can be combined with the original or played separately. My only wish is that it was designed for more than 2 players.

Cards Against Humanity – How bad are your friends? How badly do you want to know? Play this game once and you’ll find out. The only drawback I found was after multiple games you start to get shocked less by the combos. Buying more cards, or finding new players is a must to extend the replay ability of this one.

Chrononauts – Time travel is cool. A series or cards are laid out depicting the timeline of our natural history with alternate versions of key events on the reverse of the cards. Each player is given a secret goal that must achieve in order to win the game. By traveling up and down the timeline and playing cards to switch events they can create the future they know in order to win the game. 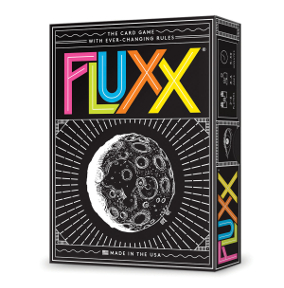 Flux – You win by playing cards to empty your hand, but every card you play changes the rules. I’ve seen versions for just about every fandom (Chtulu, Monty Python, Batman as examples). It’s a funny game that’s easy to pick up and play.