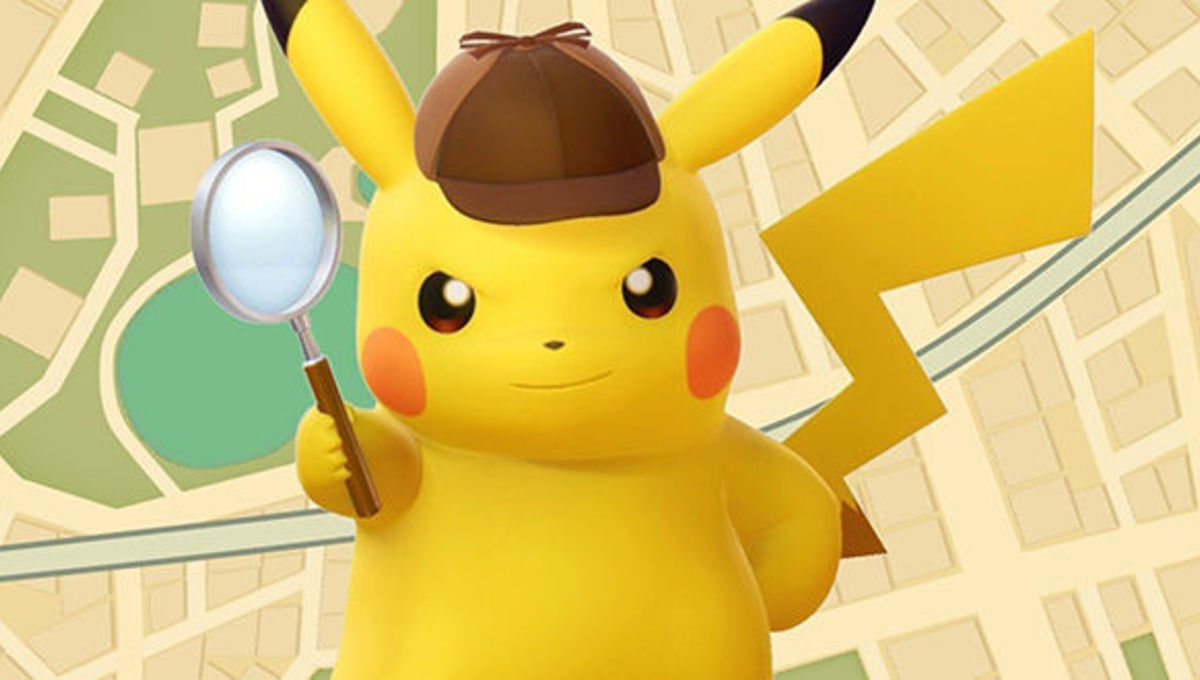 Between the movie adaptation coming out and one of my friends highly recommending the game to me, I finally decided to play Detective Pikachu.  It’s a spinoff of the Pokémon franchise for the Nintendo 3DS/2DS that’s not as bizarre as it sounds.  I had no idea what to expect from it.  What I got was a fun game that kids and diehard Pokémon fans should enjoy.

Detective Pikachu follows the adventures of a teenage boy named Tim Goodman, who’s looking for his missing father.  Harry Goodman was a famous police detective who went missing after a suspicious car accident.  Only his partner, Pikachu, could be found at the scene.

By the time that Tim arrives in Ryme City, two months after the incident, his father’s Pikachu has somehow gained the ability to speak- but only Tim can understand him.  He presents himself as “the Great Detective Pikachu” and wants to help Tim find his missing father.  Unfortunately, Pikachu isn’t much help in one respect: he suffers from amnesia and can’t recall what happened during the accident.  So Tim and Pikachu team up to investigate Harry’s last case and figure out why he disappeared.

The game is divided into nine “chapters,” each concerning a unique case.  Tim and Pikachu work together to solve crimes by interrogating suspects and searching the crime scene.  Pikachu gives the duo an advantage by talking to all of the Pokémon witnesses and translating their testimony for Tim.  It’s all very straightforward and you’re not likely to get stuck on any point in this game.  If you’re looking for a serious challenge, don’t expect to find one with Detective Pikachu.

Don’t expect to collect any Pokémon or engage in battles either.  In the world of Detective Pikachu, most people have one Pokémon as their “partner,” similar to Ash’s friendship with his own Pikachu.  The secretary at the Baker Detective Agency has a Fletching that delivers mail for her, a talented violinist works with a Kricketune that helps her practice, and a police office partners with a Manetric that uses his nose to solve crimes.

I’m sorry to say that I didn’t get as much out of the world building or the Pokémon cameos as I ought to have.  As a kid, I stopped paying attention to the Pokémon franchise after the first movie and I’m only just starting to regain interest now.  My knowledge of Pokémon begins and ends with Gen 1.  As it is, I liked the game’s setting and the Pokémon that I encountered.  Lifelong fans will probably love everything about them.

This game does an impressive job with episodic storytelling.  Each case leads directly into the next and has some importance to the whole plot. When I think of other video games or TV shows that try to do this, they usually follow a certain format: the premieres and the finales are where all the important stuff happens.  Then you get a lot of “monster of the week” episodes in between that are loosely connected to what the characters hope to accomplish.  Without going into spoilers, I can say that that’s not the case with Detective Pikachu.  Granted, not every mystery directly ties back to Harry and his investigation.  But Pikachu and Tim always have a reason to be where they are and they find clues in every case that help them piece together the larger mystery.

Speaking of Tim and Detective Pikachu, they had a nice partnership and I liked all of the human characters in the game.  However, I found Tim to be a little too flat and generic.  As of this writing, the movie hasn’t come out yet, so it’s too early to pass judgment on who will ultimately give the superior acting performances.  Still, based on what I’ve seen in the trailers, I’m enjoying Ryan Reynolds and Justice Smith much more.

Overall, Detective Pikachu is a solid game and I recommend playing it if you have a Nintendo 3DS (or 2DS).  It’s simple to play, which makes it a good choice for young kids to try out.  Fans will enjoy the story, the setting, and the many different kinds of Pokémon. Enjoy it before you watch the movie!