Adventure Framework Part 2: Forget What I said, Do what I say! Conceptualizing Your Endgame.

At the end of my last article (Adventure Framework Part 1: Start at the beginning) I said “You need to set a proper foundation, both for your players and yourself. From this, you set your pillars. The pillars are the stories you will tell. In part two we I’ll delve into the pillar of your adventures and how you should prepare each one.” I was wrong. I skipped a step: The Roof. For those of you that don’t know much about construction the roof is typically added last. You build from the ground up. You start with your foundation making sure it’s strong and level. From there you add your supports; pillars in our case. Then the roof.

Although we have created our adventure foundation, we don’t have enough information to build our pillars. We need more. What is our end game. What kind of materials will we use on top? Is it stone? Would you use the same pillars to hold up a straw roof as you would a stone roof? No. You wouldn’t. A straw hut has a very different foundation, most likely dirt. Though a straw hut and stone building are different in many ways their conceptualization is the same. They have a structure they follow. 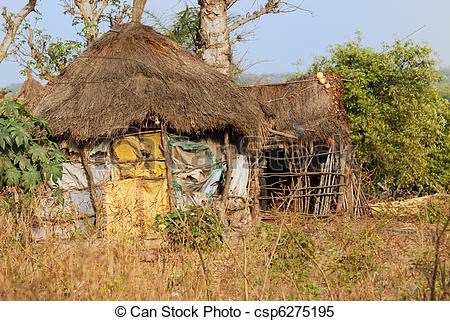 Your pillars need to be able to support the weight of your roof. A heavy rough; such as stone, needs strong pillars. A straw hut needs little more the flexible branches. Sure, a thatch roof could be held up by ornate marble pillars, but it would look kinda weird and seem out-of-place. A stone roof would potentially crush wooden branches before it even settled in. It’s important throughout this entire process to consider your materials and how each interacts with the other. You are the contractor, architect, and homeowner all in one. You need to know what’s important for you and your family, as well as how and why the building will work.

What does this mean? In order to create a cohesive story you need to know how it ends. This is how I’ve done it for years. I start small with an Introductory Event. Then I create the end. What is happening? What can I take from the beginning as inspiration for my end? There is so much for us to draw upon at this point. We know so much about our players, the setting, and their humble beginnings. It should be easy to know exactly how this will end…

It’s never easy. Or predictable. That’s why when you a creating your roof you need to keep it vague. Don’t go all in. It’s not about knowing exactly what will happen, it’s about knowing what is causing everything to happen. Let’s take a look at my Introductory Event example from the first article and see what kind of roof we can come up with.

“A few small, mostly melted candles adorn an old round table at the center of this shadowy room. The candle light flickers lightly as you step into the room through an ornate curtain. The dancing luminescence wicks over numerous porcelain masks covering the walls, their demonic visage accentuated almost seeming alive. A single gold censer hangs from the ceiling, swaying lightly, it’s pungent smoke cascading from it. Sitting at the low table is an ancient man, legs crossed, as he adjusts himself on one of the over sized pillows set around the room. His eyes are glazed and pale white, his beard grey, long, and scraggly. He wears an enormous red turban adorned with silver baubles and ornaments. An ornate red demon mask lies on the table in front of him, his gangly fingers gently tracing its features. His head tilts towards you, looking more with his ears than his eyes. In a raspy yet elegant voice he says: ‘You’ve come! Have you brought it?’ “

What sort of power or being does this imagery convey? Is there anything that sticks out to you? I immediately was drawn to the “Ornate red demon mask.” and how the mask collector was seemingly enthralled with it. The way he’s “tracing” around its features. Why? Why are these masks so important to him? Is that what the characters are collecting? Who is this guy really?

I imagine him as a collector. He sends his mercenaries out to look for these masks and bring them back to him by any means necessary. He pays well for it too. Why does he do it? That’s for the players to find out. Don’t get too far ahead of yourself. Stop and take a deep breath. It’s unbelievably tempting to flesh everything out. Every little detail. Just stop.

Instead of fleshing out every little detail you should come up with a single sentence that describes what is going on. In this case the sentence I would use is:

“An ancient order seeks The Visage of the False God.”

That sounds fun, and on target for what my players wanted. When we take the time to break down this simple sentence we can start to see the adventure our players may follow. First “An ancient order” This is great for the little demon inside us dungeon masters that needs to flesh things out. An ancient order. Go ahead, plan. From the top to the bottom. Create a history. A hierarchy. Tenants. Whatever your creative noggin can come up with. Do it now! This is the time.

From the beginning I’ve had a pseudo middle eastern vibe from this adventure. I want to keep on that vein though I want to spice it up a bit. I read about the Order of Assassins, an Islamic sect that was credited for assassinating numerous figures and were feared by the Crusaders. They were religious, deadly, and dedicated. Powerful and respected enemies. This is my ancient order. A group of assassins each with unique abilities and talents…

Our ancient order “seeks” something. How do they go about doing that? Since my order is a group of powerful and devout assassins I imagine they seek by killing. They hunt down leads, find those with loose lips, and then seal their bloody deal. Each person or being they kill brings them one step closer to finding it, the thing they seek.

The Visage of the False God. This is it. What they are after. The Visage is capitalized so we know it is something of importance. In this case it’s a mask, specifically of the False God. What is the False God and why is it’s mask so important? Go ahead. It’s your time to shine once again. Flesh it out. You should know what it is and why it’s so important. You need to know why your ancient order seeks it. You need to know what it does. Who was last in possession of it? What does it look like? Have fun being a creator.

Do not decide what they players have to do.

Nothing should be set in stone. If you find yourself writing things like “If the characters do not meet with the Collector, then the world is going to end.” Or something a bit more Subtle: “The players have to use the amulet to stop the demon.” then you need to rethink your approach. Keep it vague. The players should not have to do something. Instead, they should find their way to that solution. Or another solution you haven’t thought of. Or seeking help from someone unexpected. Etc. Instead of absolutes consider rewording what you wrote. “The collector requests a meeting and needs the characters help to prevent the end of the world.” and “The amulet will help the players stop the demon.” No more absolutes. See the difference and how that lends you the freedom to get creative. If you take the time to add absolutes, then you are squandering the potential of the events that could unfold around you and your players. Give yourself room to react.

Know everything about the sentence. The order, the seeking, and the mask. Know them in and out. The players will decide how the interact with it, do not decide how it interacts with the players. That’s the adventure. The pillars. The Pillars are how they interact with your roof. The pillars are coming in part 3, for real this time. I promise. 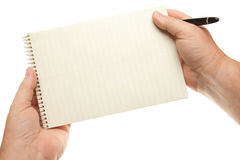 Now it’s time for some homework (Really? Yes, really!). Practice. Take a few minutes and break down each sentence. Think about how each of the following sentences can be taken apart and each piece used to help you create your endgame.  Let me know what you come up with in the comments below… Happy brewing!