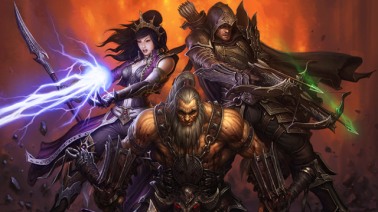 I was having an interesting conversation with my husband the other night. I was looking at the games on sale for the Xbox One and asking him if he was interested in any of them. I noted that “Lego Marvel” was on sale for $5 – but he would rather spend that on the next episode of “Tales of the Borderlands” or “Game of Thrones” (which are two very impressive episode games, much like “The Walking Dead”). I also saw that “Diablo III” was on sale for $30, the collector’s edition.

‘I do, but we already have it on both our computers. It seems like such a waste of money,’ I reply.

‘You know, we still have to beat it,’ he points out.

‘Actually, we have a lot of games that we haven’t finished,’ I say as I am going over a shamefully long list in my head of games we have started but never finished.

‘Make a list,’ he says, ‘We will make it our mission to finish those games and you can write about our progress.’ That is one of the many reasons why I a married this man, who we will call Veloz, which is his gamer name.

This list is going to be broken into two categories: games we play together and games I play alone (to my dismay, not every game has multiplayer).

When we are done, we will tell you about the game. So here is the list:

Games to beat Together:

Charlie Murder (Xbox 360)
Dead Island (Xbox 360)
Saints Row The Third (Xbox 360)
Diablo III (PC)
Gears of War: Judgement (Xbox 360)
Army of Two: The Devil’s Cartel (Xbox 360)
(There may be more but there are so many games to go through not to mention the list of MMORPGs we have barely played)

Now, I am sure that my personal completion list is much longer than that but, for the moment, those are the only ones I can come up with. I will also keep you up to date on our progress and maybe even throw in both of our perspectives on the games we’ve finished.

Tell me, what haven’t you finished?